Advances in Medicine during World War I

During World War I Thomas L. Fletcher served as part of the Clevland, Ohio's Lakeside unit of the U.S. Army Medical Corps. The Lakeside Unit was the first group of the American expeditionary forces to be sent to Euope. The unit provided medical care for Allied troops between the sping of 1917 and the winter of 1918-1919. The unit was assigned to a British army hospital near Rouen, France. The scrapbook includes French currency, British Army insignia, cinema tickets, menus, military, orders, snapshots, and various other items. 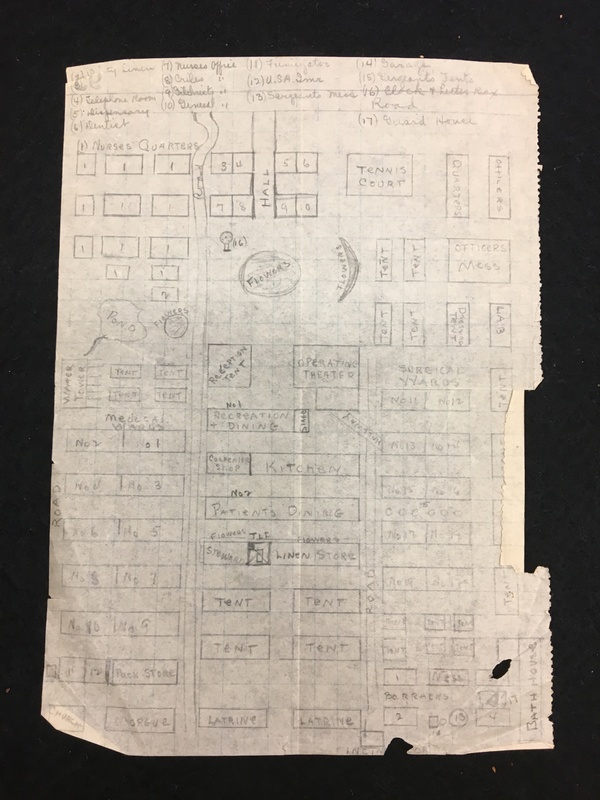 A floor plan for the hospital that Fletcher was working in.

The medical industry was forced to progress during the first world war due to more effective weaponry. Around 15% of all British armed forced who were in combat died. This was a devastatingly large number. Medical staff had to become more organized on the battle field in order to save more lives. Drafted surgeons were often sent closer to the front line so that they could treat more soldiers. Psychiatric hospitals were even set up near the front for soldiers suffering from shell shock. People in medical fields responded by making advancements in out dated medical techniques. Many of the techniques that will be mentioned are still relevant and used today.

One extremely important invention was the Thomas splint. In 1914 80% of soldiers suffering from a broken thigh bone died. This was typically due to blood loss. A British surgeon named Hugh Owen Thomas invented a splint. After the splint was introduced fewer soldiers died from this injury. Immobilizing the leg with a splint decreased the amount of blood loss. By 1916 only 20% of soldiers who had sustained a broken thigh bone died due to it.  Thomas splint continues to be used on many battle fields today.

Advancements in blood transfusion techniques were also made. Blood transfusions had been around long before the war but it had not been possible to keep and transport blood. In 1914 a Belgium doctor named Albert Hustin discovered that blood could be kept for longer if the anticoagulant, citrate, was added.

The Alice Milne album is a small journal containing written entries and drawings from patients in a hospital during World War I. Alice Milne was a nurse who worked at the hospital.  Entries were made in the album between April of 1917 and February of 1918. 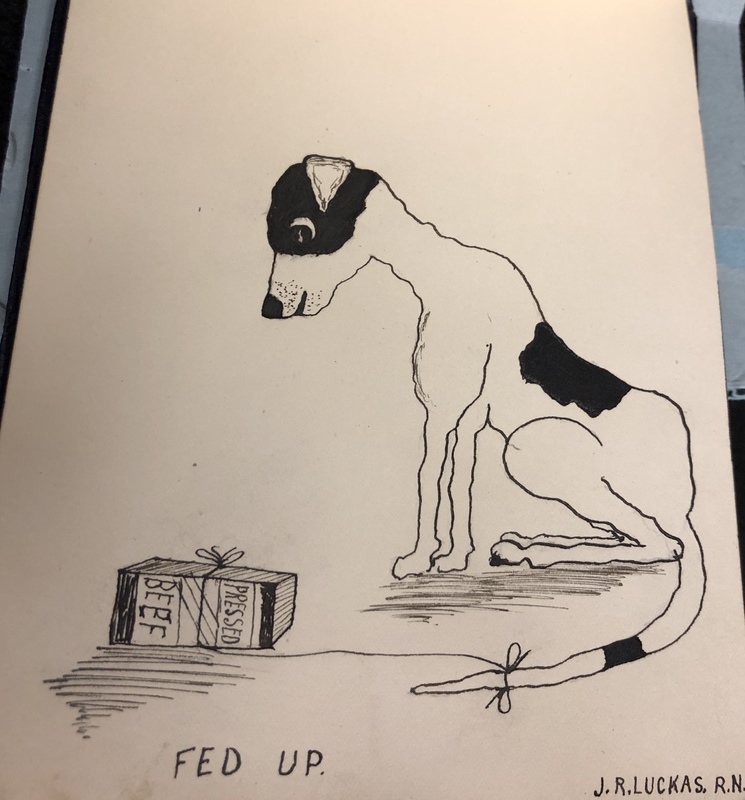 This is a drawing from J.R. Luckas. Luckas was presumably a patient cared for by Milne in the hospital during World War I.

Infections were a huge problem. If a soldier was injured in the trenches there wound would inevitably become infected. These infections would ultimately lead to death or amputation. A volunteer physician named George Crile wrote in his diary that the mane problem was that  there were no effective antiseptics. At the time to combat bacteria like Clostridium perfringens. There were other bacteria but this one was extremely common. Wounds infected with Clostridium perfringens quickly developed necrosis. Crile wrote that if a soldier had a penetrating wound in their abdomen that they would almost certainly die from infection. The problem of infections was eventually solved by a french physician by the name of Alexis Carrel who created a solution of sodium hypochlorite which was very good at killing the bacteria without harming the patient. Soldiers were also taught to keep better hygiene. Both the antiseptics and the better hygiene helped to reduce infections in wounds. Treatments and vaccines were developed, around the same time, that helped to diminish the spread of diseases like Typhoid and Tetanus. Typhoid was very deadly with a mortality rate of 20%. A law was put into place on March 28th, 1914, that made it obligatory for the entire French army to get the Typhoid vaccine. Around 100,000 cases of Typhoid were declared within the first 14 months of the war. The vaccine diminished the number of cases of Typhoid greatly.

Anesthesia was also invented around the same time. Crile along with a nurse named Agatha Hodgins developed a mixture of nitrous oxide and oxygen to create one of the first effective anesthesias. Anesthesia was very important because often patients would go into shock during operations due to pain. It is interesting to note that Crile worked at the Cleveland Lakeside Hospital, the same hospital where Thomas L. Fletcher was stationed. This means that Fletcher was probably dealing with similar injuries that Crile was treating. 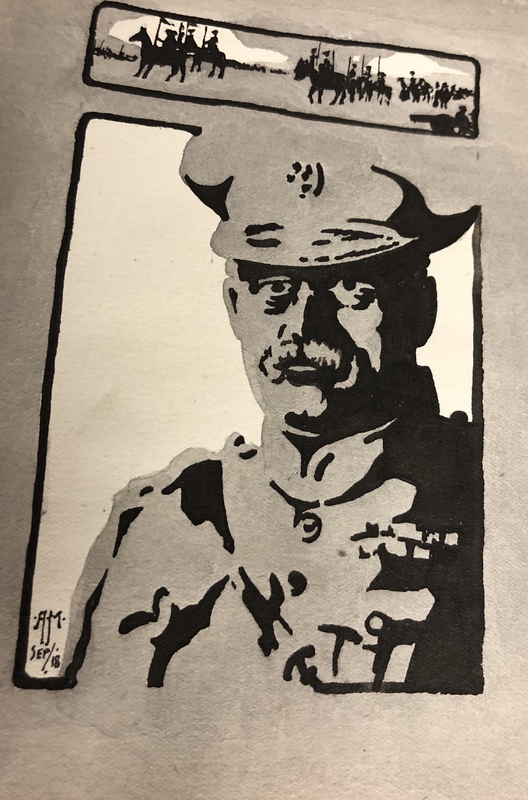 Another drawing taken from the album. This drawing was done by A.M.

Transportation was a problem at the beginning of the war too. It was incredibly difficult to transport wounded soldiers off of battle fields for treatment. An ambulance field service was set up. They had more that 100 ambulances by the end of 1914. Ford even donated 10 Model-T chassis to the service so that they could be converted into ambulances. Many students from American universities volunteered to drive the ambulances. By the end of the 1914 around 2,500 people were working for the ambulance service. Many of the volunteers lost their lives while saving others. Ambulances were vital in the efforts to save wounded soldiers. Without them there would have been no way to transport them to hospitals. Vehicles were also used to help in diagnosing people on the battle fields. In France certain vehicles were transformed into mobile X-rays.

Improvements were also made in terms of care for soldiers who were returning home after the war. Improvements in rehabilitation techniques were made. New facial surgeries were created and people discovered better ways to care for burns. The first skin grafts were used. The prosthetics industry really took off and made many improvements due to the huge demand for prosthetics after the war.

“Progress in Medicine and Surgery during the First World War .” Apocalypse 10 Lives, https://www.reseau-canope.fr/apocalypse-10destins/en/theme-based-files/progress-in-medicine-and-surgery-during-the-first-world-war.html.