Spread of Information in the United States during WWII

During World War II there was no internet, no social media and no televisions. With out these modern inventions and luxuries people had to turn to more primative forms of communication to spread and obtain information. The main source of information was reading the newspaper. Below we will focus on two newspapers read by two differnent groups during World War II; the Rocky Mountain News and the Granada Pioneer. Both spread information about the troops fighting abroad to citezens back at home in very different ways. 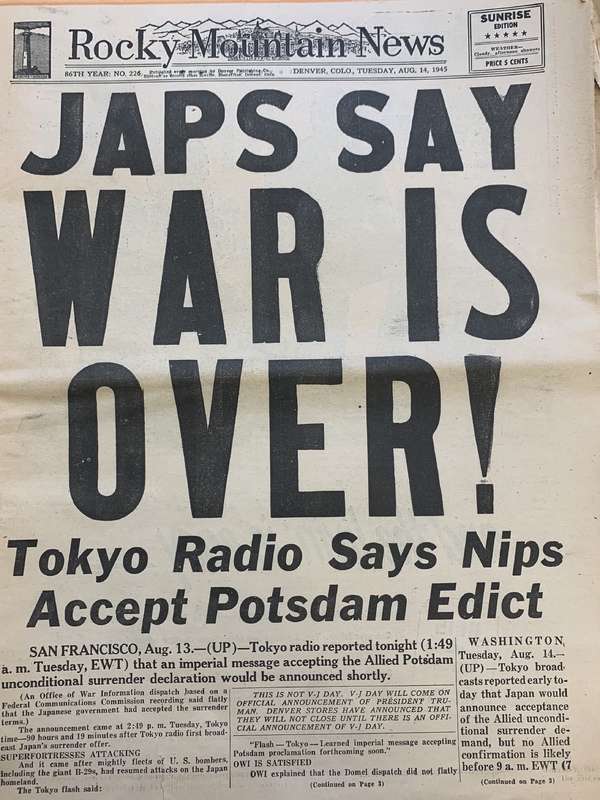 The Rocky Mountain News is newspaper published in Denver, Colorado. It is a very typical newspaper for the time. This particular issue was published on August 14th, 1945 the day after the Japanese surrendered in wake of the Atomic bombings of Hiroshima and Nagasaki. The Large black letters draw peoples attention to the resounding sucess of the war. The paper is similar to others in the way it portrays the Allies as winning the war no matter the circumstances. The newspaper also portrays other situations similarly such as the death of Hitler and the fall of Berlin. Even in trying times such as the death of President Rosevelt the paper continues to keep the moral of the General Public high in order to keep the support of the war effort high as well. Additionally the newspaper contains steryotypical newspaper columns. Columns such as cartoons, local news and tips on how to live during war time. 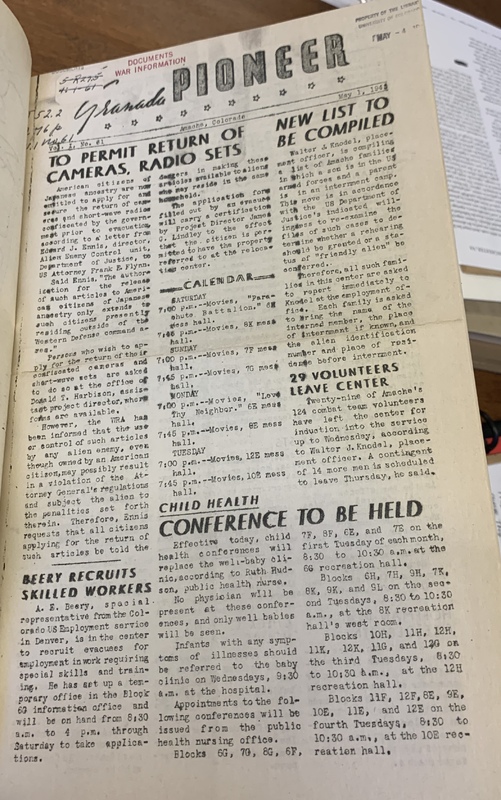 Once the United States entered the Pacific theater of World War II Japanese Americans were placed in interment camps in the western half of the United States. The particular camp that the Granada Pioneer was issued in was in southern Colorado. The purpose of the camps was that the United States government was paranoid about Japanese spies infultrating the government. The Granada Pioneer was vastly different from other newspapers as it didn't give as much information on the war. Instead they contained information relevent  to the camp and all of the activites. It was meant to keep the moral of the people in the camps up and help them in the camp. The paper included tutorials on how to improve the temporary houses they were in and how to imporve life in general.