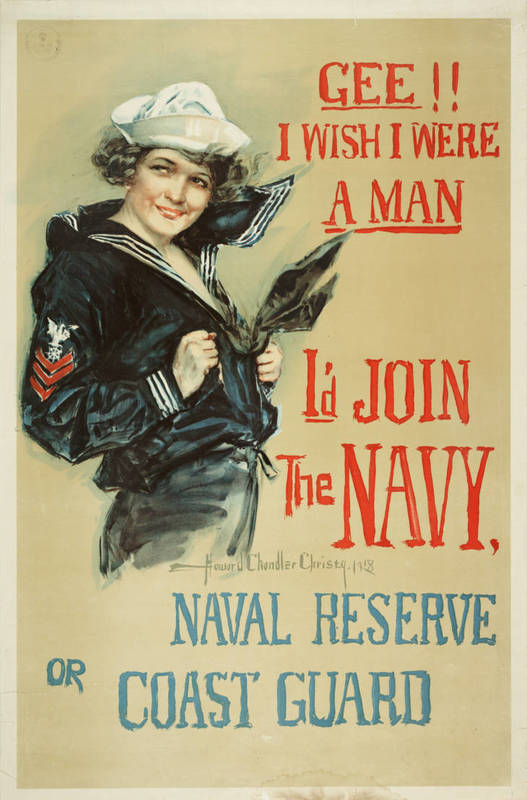 Gee!! I wish I were a man: I'd join the Navy, Naval Reserve or Coast Guard 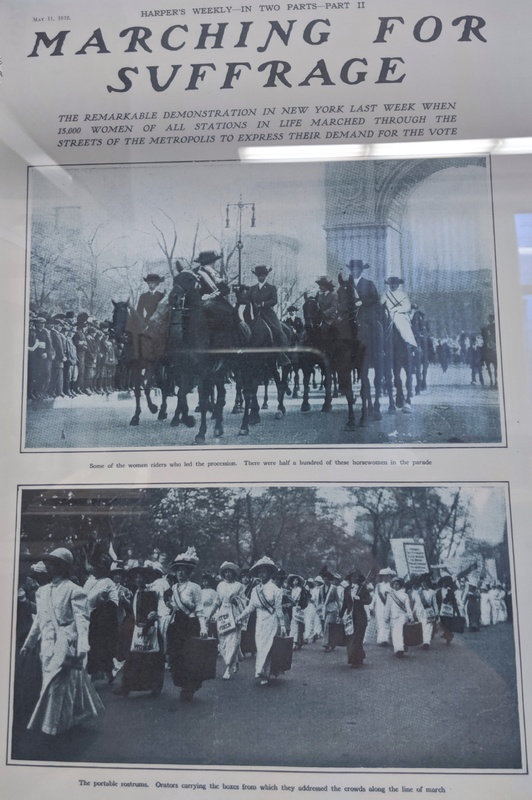 Although there was an influx of women's suffrage during WWI while women fought for their right to vote, there were still extremely sexist undertones in society discouraging women from finding their place.

As seen in the Newspaper article, women across the world and the United States were marching and fighting for their right to vote. This is what we would call the first wave of feminism in the United States.

Looking at the poster, one can see how even among the first wave of feminsim and an era of female empowerent, women were still seen as objects and looked down upon - being used as "bait" for men to joing the army. Some irony is present in the poster seeing as a woman is posing and promoting the military when she would not have been able to serve.