Women's rights have grown tremendously in the past century. Below are two posters that used the female body and voice to recruit men to the Navy.

"I want you for the navy"

This poster was created by Howard Chandler Christy in 1917. It is an advertisement to encourage men to enlist in the US Navy during World War I. The poster depicts a painting of a young, blonde, woman dressed in a uniform, which the creater painted as a way to appeal to the men. Whether it be back then or today, women are often used to attract men for jobs or other things. The woman on this poster is supposed to appeal to men and add the idea of a beautiful woman to fighting a war. This is how many advertisers use women and their bodies. During this time women had little rights, however jobs started filling with women once the men left to fight in the War. Factories became a woman-dominated work field because of the high demand for weapons needed to fight. The swap in jobs gave women momentum to go from the nuclear family stay at home mom to a working, independent mom. 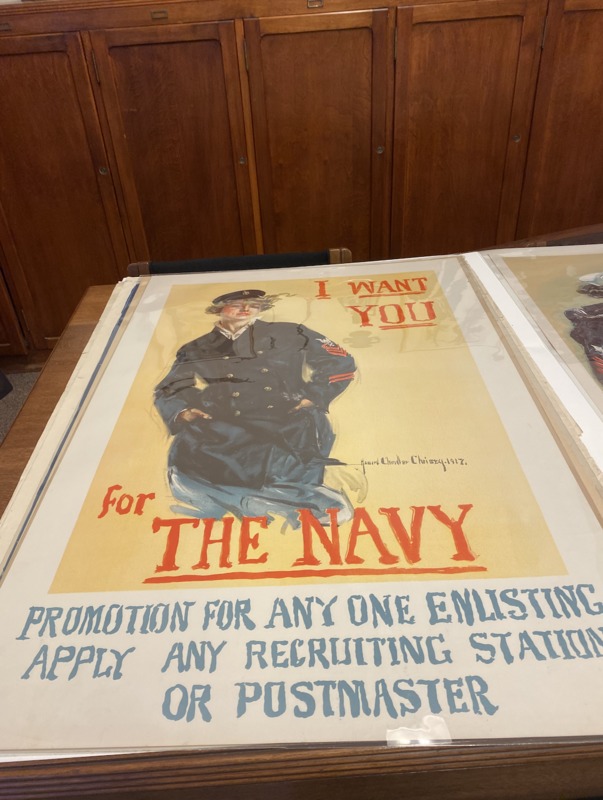 This poster was also created by Howard Chandler Christ in 1918. It is another poster dedicated to recruiting men to the US Navy during the first World War. This poster carries a bit of a different message though, as she is depicted stating "Gee!! I wish I were a man". The artist again uses the female body and voice to catch the eye of the man, in order to grab their attention. The point of having a female on the poster is to draw their eye and connect the war with an attractive women, regardless if they actually have anything to do with each other. The way women were involved though, was through the work place. The percentage of women working was 23.6% in 1914, and rose to between 37.7% and 46.7% in 1918, the year this was made.

"WOMEN IN WORLD WAR I" The National WWI Museum and Memorial