Women Saints in the Church 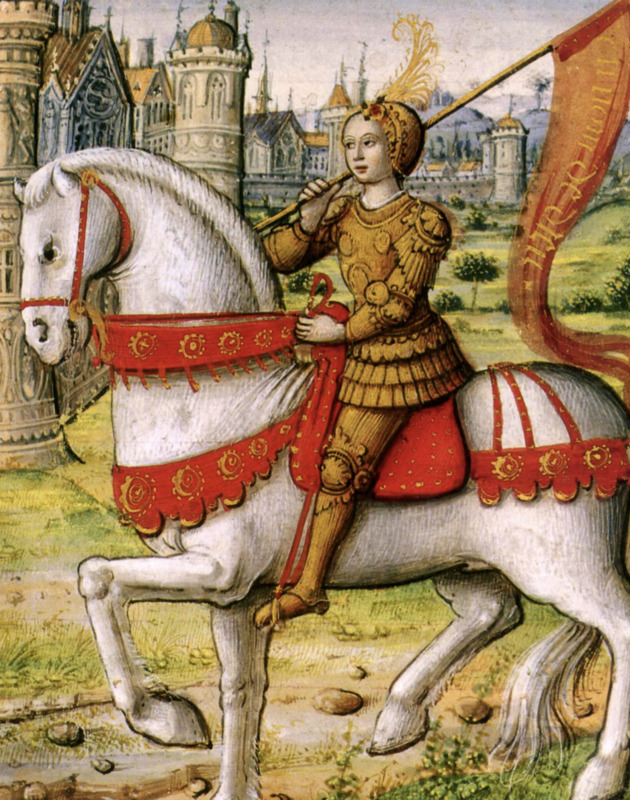 The story of Joan of Arc

Joan of Arc is one of the most influential women saints in the church. At the age of 13, she was getting visions from other saints such as St. Michael, St. Catherine, and St. Margaret.  These saints would tell her to go drive England out of France’s territory by going to France’s royal court. Many people she talked to thought this was outrageous because she was a girl and she was young. By the age of 16, she finally had an in at the court and had the opportunity to meet Charles VI, the king at the time. She told him a vision she had that will happen to his army in Orleans. After a few days, the vision came true and she gained the king’s trust and respect. The king escorted her to his castle by wearing men’s army clothes, so she could be disguised. As she was at the court, she convinced the king to let her go to the battles and be on the front lines. He let her. In the battles, she cut her hair and continued to wear men’s army clothes, which will later be considered cross-dressing and will ultimately lead her to her death. While Joan was on France’s side, they continually did well and won more territory for England. The king was very pleased but his advisors cautioned him and said that she might be a witch and if the people find out she is one then he will be considered the king of evil for trusting her. This made the king very nervous, so they tested her to see if her vision of France would finally claim Orleans. It did. A truce was made between England and France, but it didn’t last long. Joan was eventually captured by Burgundian and her ransom was for 10,000 gold coins. England paid for her ransom and put her on trial. They told her that she was a witch, committing heresy, and also cross-dressing. She proved them wrong many times with evidence proving she was innocent and she had to wear men’s clothing on the battlefield and also in the cell, so she didn’t get raped. During her trial, she said, “Men are sometimes hanged for telling the truth”(Halsall). Even with the evidence and logic, they burned her on a pillar. There were rumors that Joan was still alive, so they burned her twice until she was all ashes. 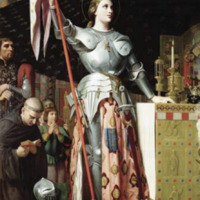 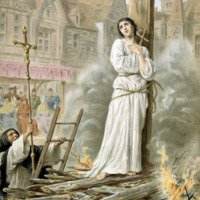 The reason Joan of Arc was so impactful on the church was that she was so influential to women, countries, and society. Joan of Arc eventually became the patron saint of France. 500 years after her death, Joan of arc was canonized by the church in 1920. Not only is she the patron saint of France, but she is also the patron saint of soldiers and captives. She is an inspiration to women in Christianity because she represents bravery and boldness in her faith during a time that was dominated by men. Before she was canonized, she had a huge impact on people. Shakespeare even had her story in his play Henry VI and Mark Twain wrote a book about her called Recollections of Joan of Arc. To this day there are movies and songs made about her. Joan of Arc not only influenced the church but all of society 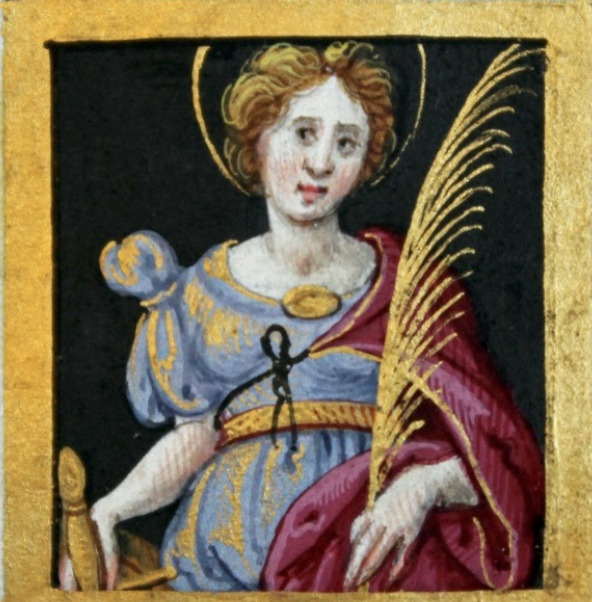 St.Catherine was born into a welathy family. It is presumed that she might have been a princess, so she was very educated and gifted. When she was 14, she saw visions of Mary and Jesus when he was a child. Around this time Maxentius, the emperor of Egypt, was persecuting Christians and Cathrine went to him and told him this was wrong. Maxentius did not like her saying these things, so he ordered 50 philosophers to debate why she was wrong. Catherine defended herself with every argument they gave and ultimately won. Some of the pagans that were listening were converted just by what she was saying and it is even rumored that the emperor’s wife converted. Maxentius was not happy that his philosophers could define their arguments, so he ordered her to be tortured. He also sent his wife to be executed for converting. Torture couldn’t make Cathrine renounce her faith, so Maxentius decided to propose to her, so she would have to abandon her faith. She said no and she wanted to keep her virginity. The emperor was furious and ordered her to be executed on a breaking wheel. A breaking wheel is where a person's limbs are put on the spokes of the week and then their bones are shattered by the executioner with a larger sledgehammer. As Catherine was about to be put on the wheel, she touched it and the whole wheel shattered. The emperor was very frustrated that she couldn't die, so he ordered her to be beheaded. 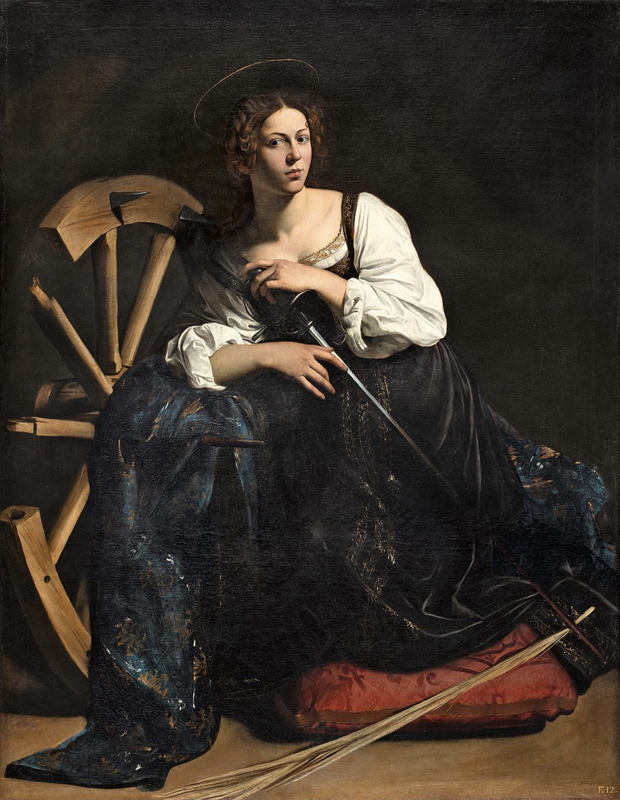 Cathrine affected the church because her story wasn't written down until many years after she died. That shows how influential she was because her story was passed down and told for so many generations and then it was written down because someone thought that it was important. The first-ever mural of her was done in 1225. In the 6th century, the emperor at the time, Justinian, named a monastery after her, and to this day it is one of the oldest in the world. During the renaissance era, there were many paintings dedicated to her because she was very popular then. Also, if a spiked wheel is ever in a painting, it is usually associated with her. Catherine also had a cult named after her that started in England in the fifteenth century and stopped right around the time of the Reformation. Because she was so popular during the medieval era, she was a huge influence on young women because she was a role model they would look up to. She is now the patron saint of students, unmarried, and apologists. She was canonized in 1588 and there is also a feast day dedicated to her which is November 25th. Now there are 62 churches dedicated towards her. This saint was also very influential to Joan of Arc because she was in her visions. 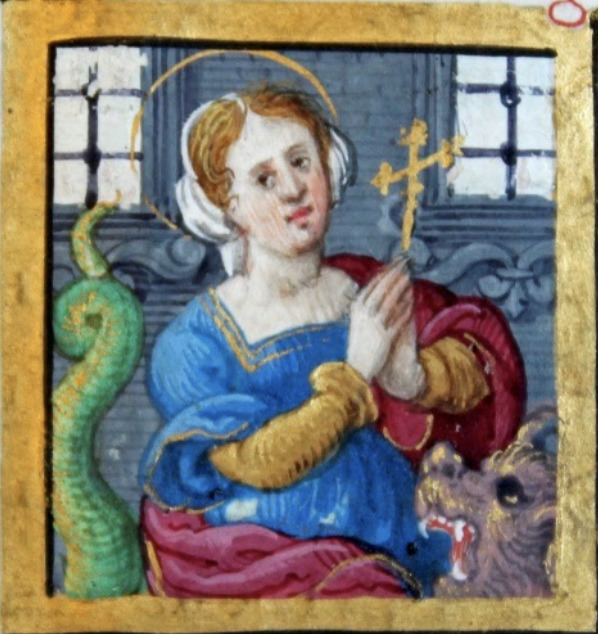 St.Margaret was raised by a nurse who was a Christian. As she grew up, she became very beautiful and caught the eye of Olybrius. Olybrius, a Roman guard, wanted her to be his wife and demanded her to convert. She refused and didn’t want to marry him nor lose her virginity. Olybrius was furious and demanded she is tortured in prison until she caved in. Olybrius not only physically abused her but also mentally abused her. She couldn’t take the psychological abuse, so she prayed to God that he could make the psychological abuse tangible so she could defeat it. Then a dragon appeared in her prison cell and the dragon ate her. Margret then cut through the belly of the beasts and emerged with no scratch on her. A demon then appears in her cell. This demon is called Beelzebub and he came to defeat her since she destroyed his brother. Margret takes the demon by his hair and starts hitting him and banishing him back to hell. She is released from her psychological abuse but that doesn’t stop her physical abuse. She was continually tortured and eventually beheaded by Olybrius when she was 15. 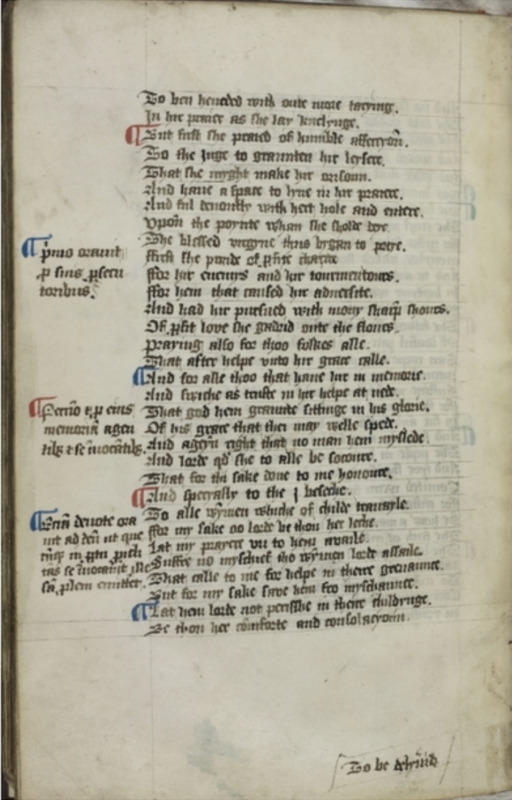 St.Margaret was very popular in the Middle Ages. This is because she is the patron saint of childbirth. She became the patron saint of childbirth because before she died she made a promise in her prayer that she would assist anyone in childbirth or just traveling. Also, this is because women believed that because Margret could survive torture then they could make it through labor pains. St.Margaret is also known as the protector against demons because she struck down a demon in her story. She was also very popular during the middle ages because there was a cult named after her that developed in the east and eventually traveled to the west. Some of the cult members followed the Mombritus tradition, which was one of the traditions Margret followed very closely. One of the members of this was John Lydgate who wrote a poem for her. She became one of the 14 Holy Helpers in the early eighteenth century. When there is art of her it usually contains a dragon or a pearl to indicate that it is St.Margaret. In the 14th century since it was starting to become more popular to write more about women saints there were many books dedicated to her at this time. There are more than 250 churches dedicated to her; the biggest one is in Westminster Church. St.Margaret also has a feast day dedicated to her which is the 20th of July.

(This is John Lydge's poem that goes with the picture above)