Early Christian monasticism was a key factor in the survival and growth of the Church following the collapse of the Roman Empire. St. Columba and the network of monasteries he was responsible for creating in and around Scotland starting in 563 AD, offers a great example of the scale and influence that monasticism was capable of generating. The life of St. Columba, is documented, in Adomnán's writing "Vita Columbae", which also contains brief descriptions of life within these monasteries. However, to better understand the culture and function of 7-8th century monasteries in the area, one must turn to the archaeological evidence that has been gathered throughout various excavations. Combining this archaeological perspective with the context found throughout surviving texts written during the period paints a clear picture of the role monasteries played during this integral period of the Church's history. 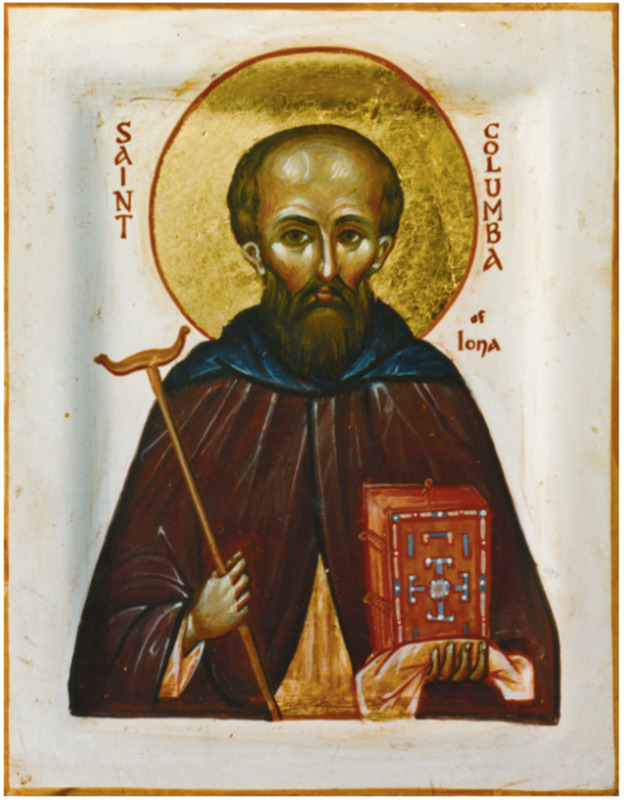 Written by Adomnán, Columba’s cousin and the ninth abbot of the monastery at Iona, the Vita Columbae is an account of St. Columba’s life. It suggests that St. Columba was ordered by his “spiritual father” to convert the same number of souls as he had taken away due to a dispute over copying religious texts. The biography provides a brief timeline of the network of monasteries that he founded. The monastery on the Isle of Iona was the first of many, a monastery he founded aided by his 12 disciples, Portmahomack following shortly after. By the end of his life St. Columba had birthed monasteries in Scotland, Ireland, and northern Europe. This specific review of archaeological evidence surrounding monasticism will be centered around the monasteries he founded in Iona and Portmahomack.

Soil samples from layers of the Earth relevant to the time of St. Columba suggest that the Tarbat peninsula, the land on which the monastery at Portmahomack was settled was relatively useless land. The current theory is that when St. Columba would have arrived in the area, coming from Iona, the current King of the Picts at the time, Bridei, would have had no use for the land. From burial records, it is believed that the monastery was founded around 565 AD, two years after Iona.

Archaeological excavations of Portahomack have changed the way we now view monastic life. There are two levels of burials at the site. The lowest level dating from around 570 to 800 AD. These burials consist almost solely of elderly men found following Roman tradition with Christian stone carvings, furthering the assumption that it was the monastery’s burial grounds. Compared to the higher level of burials (thought to belong to a parish church founded in the 12th century), the monastic burials featured worn and diseased teeth. These dental issues as well as the prominence of cattle skeletons within the same layer, suggest the monk’s diet relied almost solely on meat. Almost every skeleton also featured markers of osteoarthritis of the spine and knees, as well as some cases of spondylosis, compression fractures in the spinal column, and hernias. This skeletal evidence suggests the monks had a heavy daily work load.

This high frequency of manual labor would have come in multiple forms, the monastery features a human made irrigation and filtration system carved underneath it, as well as was built primarily with large stones. Stone carvings, popular throughout the Scottish isles at the time, also seem to have been produced in the monastery. Over 200 stone sculpture pieces have been found in and around Portmahomack, all featuring heavy Christian influence. These stone sculptures are unlike Christian aesthetics found in other areas at the time, depicting the influence Pictish ancestry had on the monks.

In addition to observations surrounding the burial grounds and significant sculptural artifacts, the layout of the monastery and the purpose and function of each room helps to describe the skills and production of the monks. For example, one specific room contained evidence of vellum production. This would have been crucial in the mass production of spiritual texts. Producing vellum, the parchment most commonly found in insular Christian texts, is a complex process that would have involved the cattle on site. To prepare the parchment for writing, vellum is soaked in an alkaline solution. The Tarbat peninsula however, lacks limestone, the traditional source of the necessary solution, so the monks at Portahomack derived a method in which shells and seaweed from the beach could be turned into calcium oxide. This is only one example of artisan level innovations present within the archaeological evidence.

The infrastructure as whole, suggests industrial levels of production in multiple specializations of artisan crafts. The monastery and its surrounding structures include the necessary infrastructure for glass-making, blacksmithing and ironworking, and book making. This leads to the assumption that Portmahomack, served not only as a pilgrimage destination, but as a factory required to give missionaries the necessary tools they needed to found more monasteries. 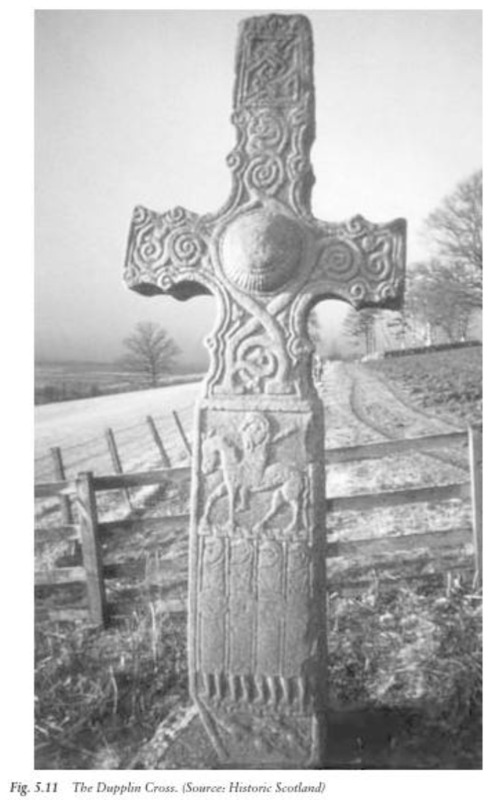 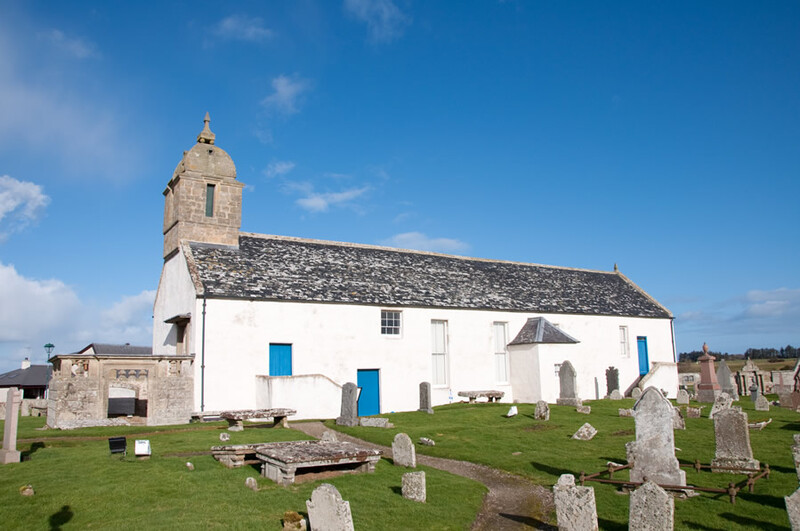 The abbey of Portmahomack as seen today.

As mentioned above, the monastery on the Isle of Iona was the first monastery founded by St. Columba and his 12 disciples when he arrived in Scotland. Similar to Portmahomack, their is a modern day abbey that sits on top of where the monastery and its outlying buildings once stood. However, careful excavations led by Charles Thomas starting in 1956 reveal evidence that fit the theories laid out above; isular monasteries were centers for high amounts of artisan craftsmenship and industrial production neccesary for the monastic network's spread.

Vallum production evidence, along with molds for communion vessels and progressional crosses were found. In addition, intricate glass-making seems to have been the focus of multiple rooms within the compound. Similar glass composition, and production techniques to those found at the Abbey in Glastonbury suggest shared knowledge amongst regions.

It has been written that Peter, a famous missionary, required vast amounts of Christian spirtual texts and ritual material. It is this high demand that was present during the period, that would've driven monks to center their construction projects and focus on additions to the monastery that would allow for maximal production. Products would have included scripture and religious texts crucial to a missionaries work. Pages from CU's Special Collections are featured below, giving a visual example of what the vallum parchment would have looked like. 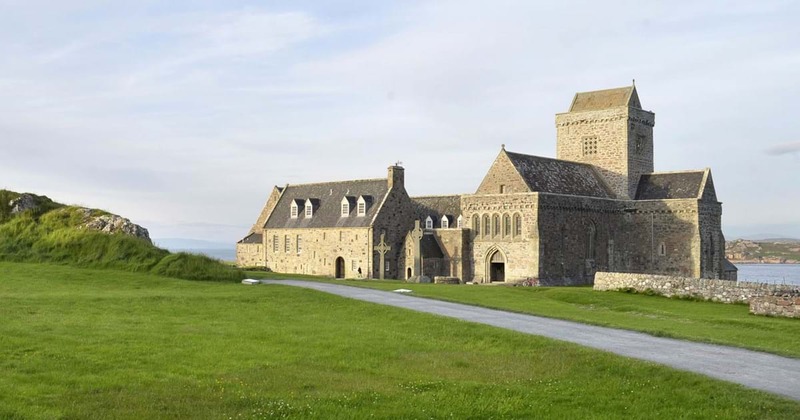 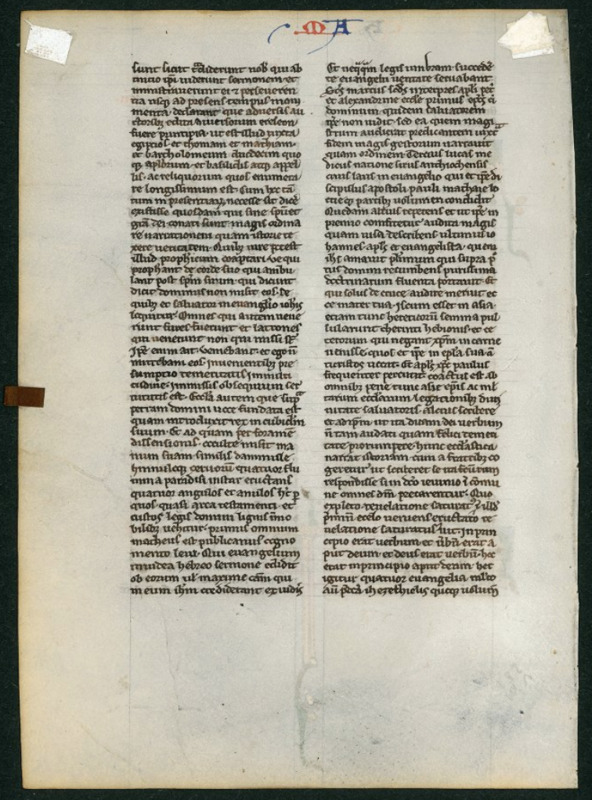 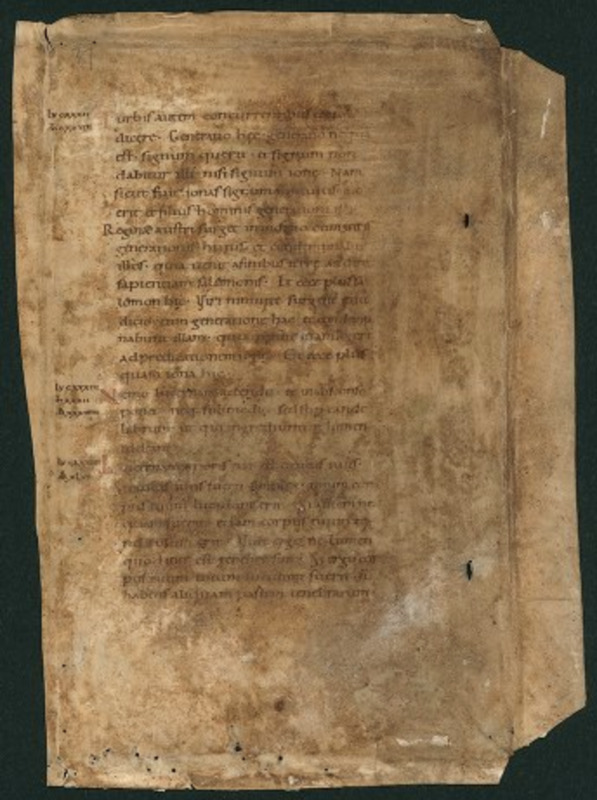 De, Voragine J. The Golden Legend: Readings on the Saints.

Images from the University of Colorado Library’s Special Collections