History of the Bible

The Bible is the holy scripture of the Christian faith. The origin of the word comes from the Greek word biblia which simply means book. The Bible is made up of two halves, the Old Testament and the New Testament. The Old Testament is the Torah and is overshadowed in Christianity by the New Testament. The New Testament is made up of four parts. The first is the Gospels written by Mark, Mathew, Luke, and John. The Gospels follow the life and times of Jesus. The second part is the Acts of the Apostles which follows the trajectory of early Christians after the death of Christ until the death of Paul, the work has been attributed to Luke as well. After the Acts of the Apostles are the Epistles which are a series of twenty one letters between church leaders discussing docturnal issues. Thirteen of the letters have been attributed to Paul as well. Finally, the book of Revelations, by John describes the beginning and end of the world. The Old Testament was translated from Hebrew to Greek in the third century and the translation is called the Septuagint in reference to the seven authors who miraculously all made the same translation of the Torah without consulting one another. The Dead Sea Scrolls are further evidence of the long tradition of the Torah and is where early Christians adopted those scripture into the Old Testament.

The Great Isaiah Scroll found with the Dead Sea Scrolls.

The traditional story of the Bible is that after the death of Christ the apostles spread across the Mediteranean and beyond. To continue growing the religion the early Church leaders spread the religion orally and often wrote letters to one another. The idea is that the Gospels, Acts of the Apostles, some of the Epistles, and Revelation were written by the Apostles but after the death of Pual, they were copied and circulated which eventually formed books. However, most modern historians disagree with this account. 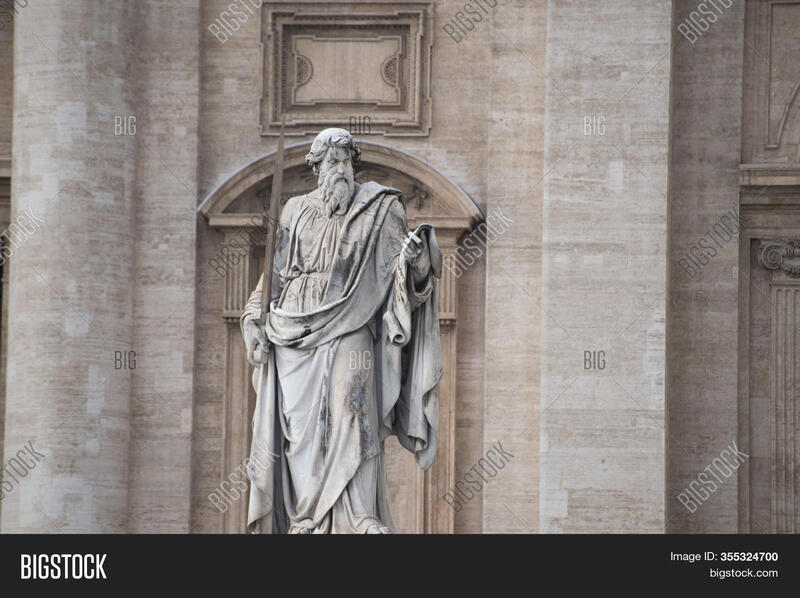 The Apostle Paul, seen here at the Vatican with his writtings and sword.

Beginning with the Gospels, many scholars believe that the attribution of names to the Gospels was a later event to legitimize early church writings and were attributed around 185 CE. Most scholars believe in what is called the two source hypothesis. This hypothesis holds that the Gospel of Mark was first and was written around 70 CE. The Gospel of Mark often uses a source known as Q source which may or may not have been witness accounts of the life of Christ. Then the Gospel of Matthew and Luke which use the Gospel of Mark and the Q source. This is known because parts of Luke and Mathew are nearly identical to parts in Mark. However, the Gospel of Matthew seems to reference a second source called the M source. These second books further emphasize the divinity of Christ and can be argued the early Church leaders did this to separate the faith from its Jewish roots. Finally, the Gospel of John was written around 100 CE and is most likely written by the same author who wrote the Acts of the Apostles.

The first Epistle of Peter and six of the letters attributed to Paul are considered to be false in authorship. Many scholars agree that they were later attributed to those apostles to gain legitimacy. However, there are seven Epistles that are undisputedly written by Paul. In terms of the works written by John there is some evidence that there is different authorship between his Gospel and Epistle letters and the Book of Revelations. However, there is not enough evidence to be sure. There is little doubt that the books were not written by John but, as with most of the others, has been attributed to him.

Although the authorship of the Bible is complex, the formation of the Bible is a similar story. The earliest compilation of canonical texts that has been found is called the Muratorian Canon which is dated around 200 CE. However, this work only resembles the New Testament and is not considered to be the oldest known Bible. There are several manuscripts that have been collected from before the canonization of an official Bible. Scholars have collected over 5,000 manuscript fragments of the Bible but no two are alike. In fact between the pieces there are more differences between them then there are words in the New Testament. However, the oldest known Bibles are called the Codex Vaticanus and Codex Sinaiticus. The two Greek Bibles are the oldest known complete versions of the Bible and are written around 330 CE. The thought is that Constantine had some versions of the Bible created completely and sent a few copies to religious spots in the empire. The work has a few differences from the official canonical Bible. 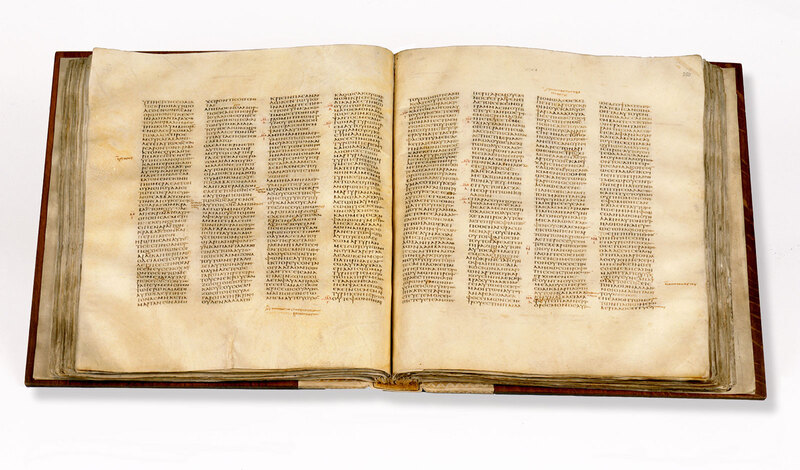 Codex Sinaiticus- found in the Sinai Peninsula in the 20th Century

It is important to note here that the Bible up to this point had been completely written in Greek. It is at this point that several councils were called to canonize the Bible. In 382 Jerome wrote the Vulgate Bible which was the first latin translation of the Bible. The Bible was finally canonized or officiated by the Church at the council of Hippo in 393 and the council of Carthage in 397. Under the influence of St. Augustine, the official canon of the Catholic church was considered closed and the Vulgate was the Bible of the Catholic Church but was officiated at the Council of Trent in the 16th century. 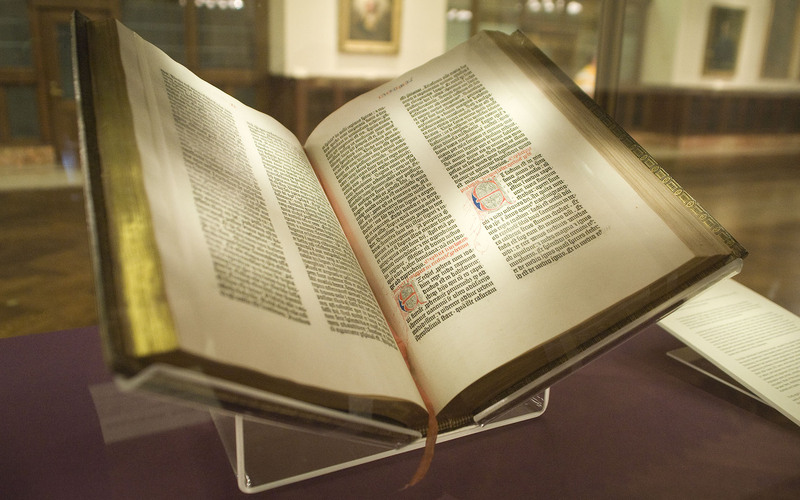 This is one of the original Bible printed by Gutenberg on his original press. The advent of the printing press made the spread of vernacular Bibles possible through mass production

Although more access to the Bible has been widely applauded to be a driver of literacy and intellectualism it is important to note that every translation does in some way change the text. For example, in Finnish there is no future tense. The issue that arises is that the Bible is a text that has a complicated and vandalized history that has then been translated into 670 different languages. Therefore, the history of the Bible is more the history of Christianity. From it's complicated underground beginnings. To the power the papacy held over Europe and the loss of that power with the reformation and the democratization of religious authority. The Bible then is what most faiths are, fluid, developing, but spiritually enlightening and in that way eternal.

How many different languages has the Bible been translated into? (2020, May 12). Retrieved December 04, 2020, from https://www.biblica.com/resources/bible-faqs/how-many-different-languages-has-the-bible-been-translated-into/