The Papacy and the Crusades 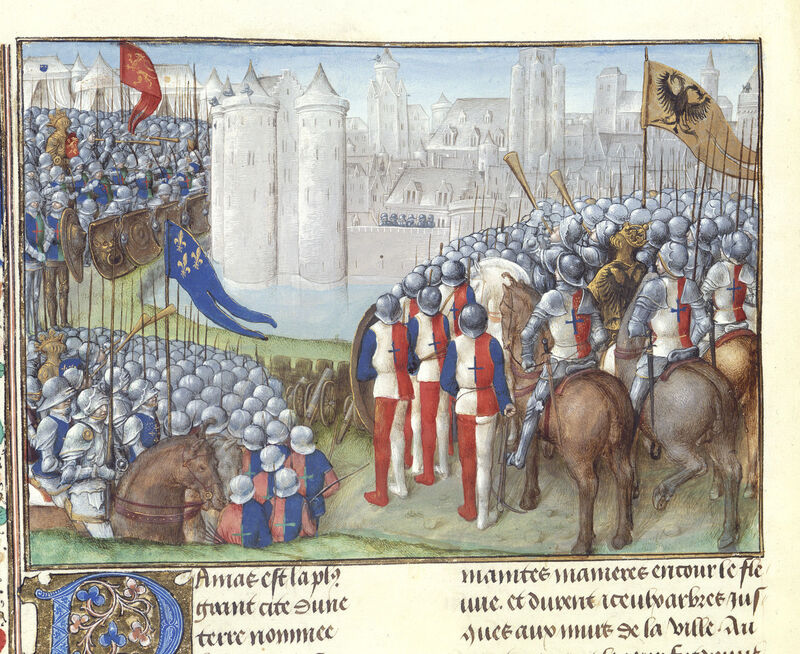 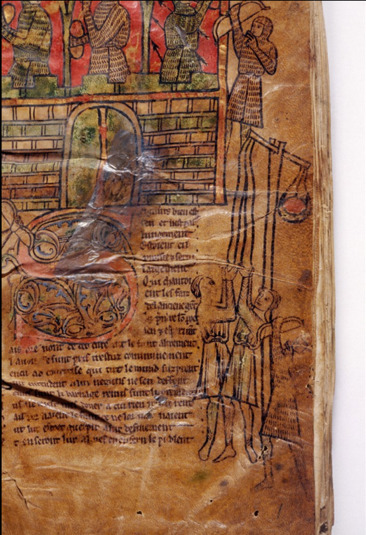 Prior to the call to arms against the Infidels of the Persian Empire, the see to Rome ruled symbolically. The papacy could do little to regulate the kings whose power relentlessly challenged the hand that crowned them. The power to govern within the clergy lay, primarily, in the authority of the persons who held office. When Pope Urban II received word of "an accursed race" seizing the land of the Christians of the East, his duty became “God’s work”1 and his first act was preaching for the knightly class to take up arms and defend their brothers from this band of cowards and infidels.

Urban II, in 1195, addressed French and German princes and cardinals, orating publicly due to a profusion of audience members and inadequate structural accommodations. Now embossed in the history of Rome, Urban II demanded every able body man to take up the Cross and journey to the center of civilization—Jerusalem—which is held captive by “those who do not know God”2. Those who go forth and lose their lives are rewarded immediate remission of their sins. Enjoined by the “kindred virtues of asceticism and valor” of the era, Urban II’s speech catalyzed an unadulterated fervor for religiosity that had not been present since the persecutions in the first centuries of Christianity’s existence. Apocalypticism reemerged, missionary work took to extremes in the form of children’s crusades, and small armies took pilgrimages to the Levant. The Crusades have come. 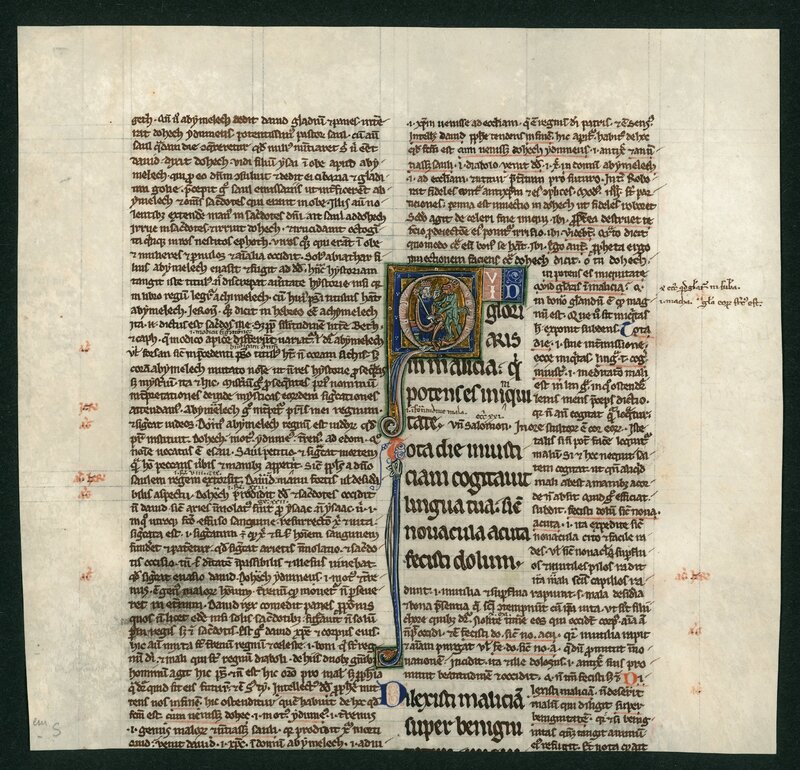 Wash me thoroughly from my iniquity, and cleanse me from my sin –Psalm 51:2 NRSV

The First Crusade successfully recaptured Jerusalem and Constantinople from the “accursed” infidels. And for this brief period, the Latin Church of the West reunited with the Greek Church of the East, even if it was merely superficial. This has been viewed by many scholars to be the principal reason for Urban II’s call to crusade: to reunite the church under one catholic rule1. And it was this unification of East and West that came to represent the peak of papal authority, a power whose rise and fall both owe no small part to the Crusades.

The Church, and the see of Rome—as with its inception—found itself feasting on the weakness of a majority of the temporal monarchs of Western Europe during the latter half of the twelfth century1. Encroachment on these authorities should come as little surprise. It was the fragility of these Kings and Emperors that enabled the Pope to seize both judicial and executive authority and wealth. The Roman Church gave permission to returning crusaders to pay no interest on owed debts—which, mind you, disproportionately negatively affected Jewish people—encouraging monarchs to enforce this rule more universally1. Nobilities were not spared, as the Church forbade entertainment like tournaments, threatening excommunication to offenders1. Many offenses against temporal law now became protected under ecclesiastical courts. Executive and legislative authority in the Church now went unrestricted and unchecked. Temporal authorities could not compete on normative power levels and found themselves unable to compete on monetary capacities either.

The Crusades aroused an unparalleled spiritual zeal, which only amplified the philanthropy, which, in conjunction with the recent accumulation of power, deepened the Papal bank account enormously. As the laity began preparing to take up the Cross, their property was sold and mortgaged at an absurdly favorable cost to the ecclesiastical institutions1, further compounding the supremacy of the Church—this time over the feudal powers. Policy existed for those who vowed to take up the Cross that, should they become unable to crusade, they could “purchase exemption”1, cleansing their sin and contributing to the wealth of the Church. Making Jeff Bezos look like peasantry, the Church also oversaw the collection of a tax for the Crusade1. Suffice to say, the wealth of the Church was inimitable.

None of them were left alive; neither women nor children were spared –Fulk of Chartes

It was under Innocent III that East and West were united, yet, all were bound to crumble. Under Innocent III’s reign, Crusades were called on political adversaries, in the form of both military action and “propaganda war”, in southern Italy4, on heretics in southern France, and on the weakening powers of Muslim Spain—the massively influential Reconquista. With Innocent III, came the pinnacle of papal authority and the inevitable dying façade of the see of Rome. In his crusading of temporal powers, Innocent III revealed the Pope’s finite authority in striking fashion. 1199 marked the first time “all alliances failed” the Papal throne4. Much like the patriarch of Jerusalem under Urban II’s reign, the patriarch of Constantinople had only passing authority, subservient to the King of the locale. The cracks in the Papal chair shone more and more after Innocent III, who exercised the last remaining crevices of power he could seize.

After the majority of crusaders left Jerusalem in 1099, the ones who remained intermarried and “adopted the customs of their wives”, bringing back heresy to Western Christianity1. An understanding for the ‘infidels’ was inevitable. The Crusades were bound to destroy themselves. All crusades after the first failed miserably. The Reconquista successfully permanently drove out the Muslims. And with this fleeting moment in Christianity, the power of the Pope deteriorated. 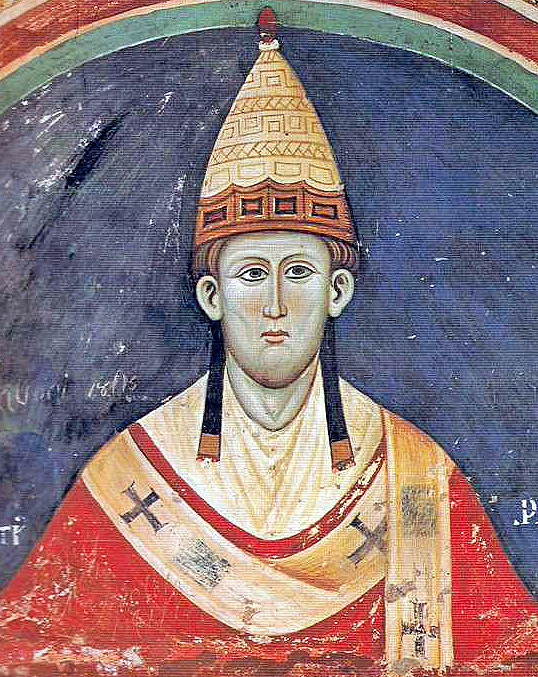 What Does It All Mean?

The conflict persists between Muslims and Christians. The unsavory sentiments held by East and West, Greek and Latin, remain. Scars are slow (even impossible) to heal. What we are left with is a permanent stain on Christian and European history, a moment in history whose effects are, unfortunately, deeply important. One could easily look at the Crusades as the first of many papal transgressions that catalyzed the dissatisfaction necessary for the Reformation. The Crusade, in contemporary culture, is infinitely abhorrent and equally unexplainable; however, the Crusades occurred in a time of famine5, and a culture already steeped in violence. Pope Urban II’s call to arms was to those of the hoodlum-knight and the violent criminal class2. Evil comes in degrees.

What’s the point? Bloodshed is bloodshed. Animosity persists5. Power grows and dwindles. Factions and religions splinter. It all seems so senseless. It may be. What the period of the Crusades does demonstrate, however, is how a group of people, in a distinct culture, continued to reimagine how God works in their time and place. The papacy was defined by this moment in history. Christianity, in any form, inevitably owes some aspect of itself to this moment in history. It is likely that these events shape our cultural landscape in a westernized country, to a greater extent than we might be aware of, and to forget, or to minimize its influence, is dangerous to our future.