One of the easiest ways to climb the caste ladder of Medieval and Renaissance society was becoming a member of the clergy. Bishops, cardinals, and even priests each ruled their jurisdiction by trying to save their parishs' eternal soul, what could possibly be more important than that? As papal power grew, so did the prestige of the clerical chairs beneath him. Standing clergy members found a way to profit off of it by trading or selling church titles. Powerful families would send their spare heirs to be educated so they could land their sons' offices of the church to secure their standing. This practice is called simony and it was one of the biggest problems of the Catholic church at the time. Other major issues were nepotism, usury, bribery, blackmail, and other methods of exploitation.

Eventually some people would become so disillusioned with the church that they would break away completely from it. 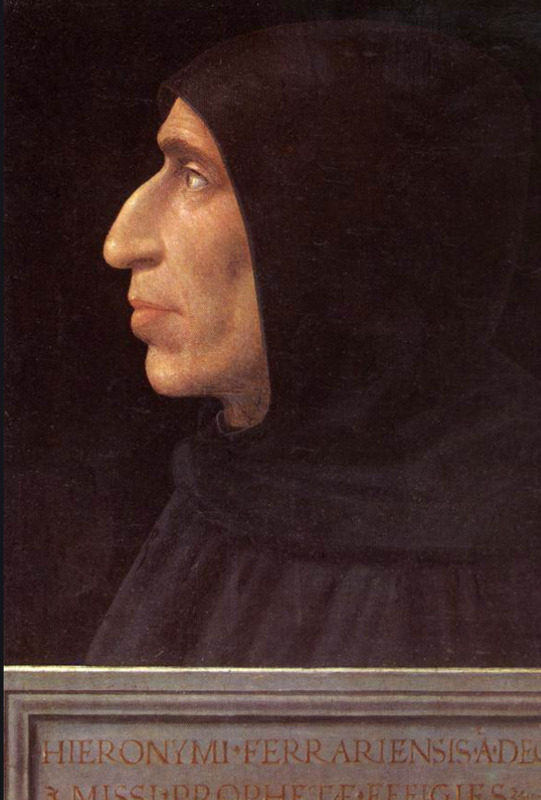 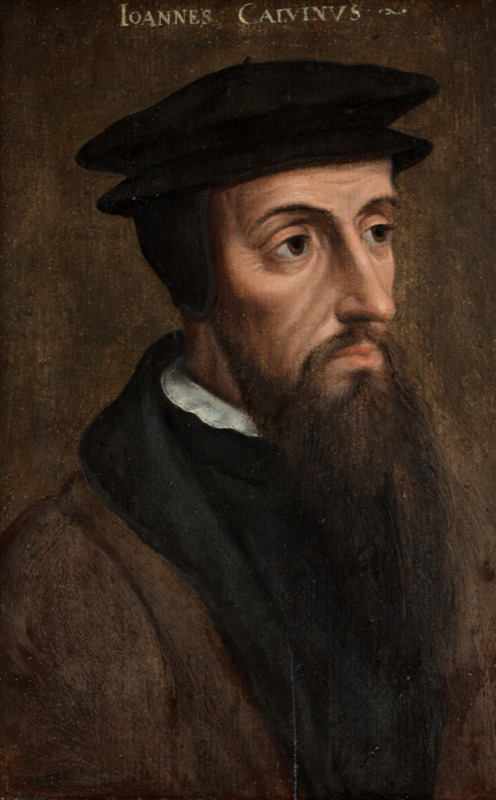 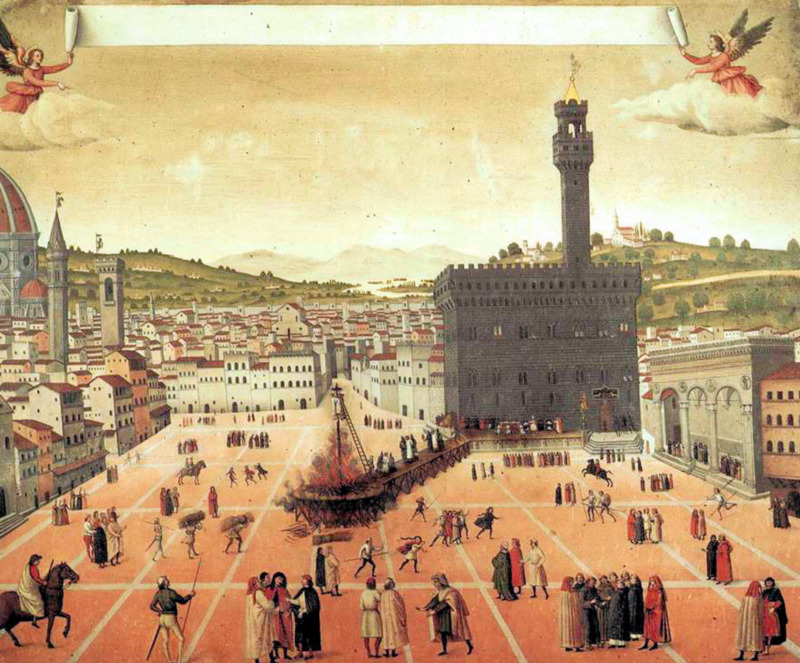 The Hanging and Burning of Savonarola 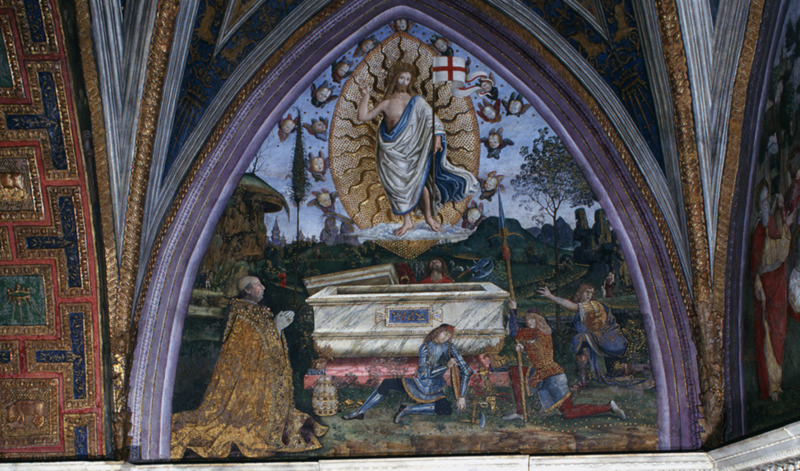 Girolamo Savonarola was a Dominican friar who preached in Florence in the late 1400s. His sermons were passionate, dramatic, and incredibly animated. Topics generally included condemnations of overindulgence, sex, the Italian Renaissance, and anything else he considered frivolous. Savonarola's speciality, however, was damning wealth and the wealthy. His famous Bonfire of the Vanities, where he ordered all excessive displays of wealth to be burned, is execellent evidence of that. The friar also made a very powerful enemy; the Pope. Generally the Pope enjoys some sort of luxury being the vicar of Christ but Rodrigo Borgia, otherwise known as Pope Alexander VI, took it to the extreme. He enjoyed decadent banquets including the laviscious Banquet of the Chestnuts, could afford to keep multiple mistresses on retainer, owned many personal estates, and added a richly decorated new apartment to the Vatican as seen above. Borgia lived an extravagent life which was threatened by Savonarola's growing popularity, so he excomunicated the friar for heresy and insubordination and ordered for his execution. Savonarola died, disgraced, in 1498.

Savonarola's story shows that the reform can only really begin by breaking away from the church. Even though he was a Catholic, his attempts at reform were more Puritan than anything else. His sermons foreshadow those of John Winthrop, John Harvard, and John Davenport. His proclivity for honest work and an extreme devotion to God also reminisce Puritan standards. These two things caught the attention of the Pope and other people in power, the same people who have the power to instigate and execute reform. Savonarola's downfall came after his excomunication, something that could not have happened if he had renounced his orders before his take over of Florence. 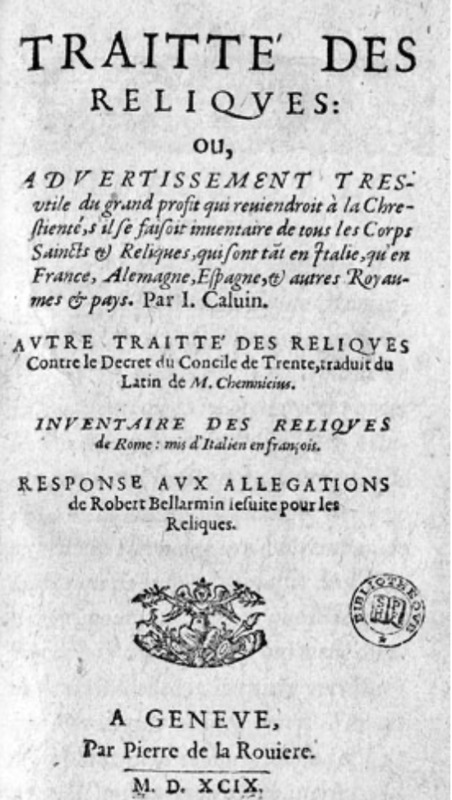 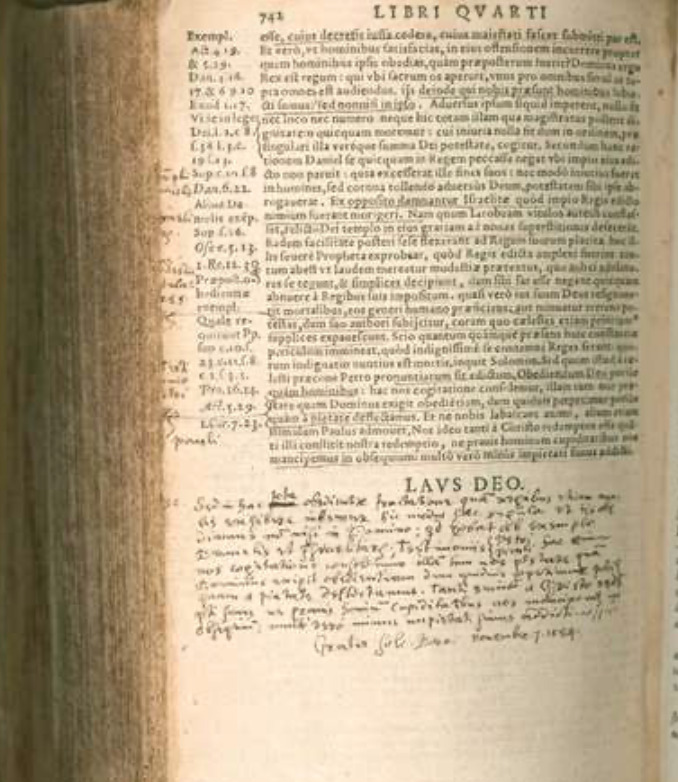 John Calvin was the leader for the second wave of the Protestant Reformation. Calvin was heavily influenced by humanism and studied Greek, Latin, and Hebrew while at the University of Paris. While there is no specific date on his conversion, in 1534 he no longer wished to recieve any of the benefits he was getting from the church even though it was his main source of income. So it was probably around that time because only a non-catholic wouldn't wish to be supported by the Catholic church. After Paris he went Basel, where he studied Christian theology intensely and began to write Institutio Christianae religionis, which was Calvin's interpretation of Christianity and the catalyst to his rise to fame. Two years later, while in Genvea, Calvin was approached by a protestant preacher who was failing to put Protestant roots down in the city. Calvin agreed to stay and help. Faced with administrative opposition and an unethuastic population, Clavin and his friend were kicked out of Genevea. Calvin settled down in Strausborg where he became a preacher and married his wife. In 1541 Calvin came back to Genevea to help lead and revive a Protestant revolution, giving him international acclaim. Finally in a position of power he forced the governing body of Genevea to put in place his Ecclesastical Ordinances. This reordered church structure, and enforced puritanical rules. Calvin also welcomed French refugees escaping Protestant persecution. He finally took over Genevea in 1555. (Bouwsma).

Institutio Christianae Religionis can be thought of as a venn diagram between, 16th century Calvinsim, Roman Catholicism, and Lutheranism. What sets Calvinism apart from the others is Calvin's roots in the northern Renaissance. The northern Renaissance was more religious than the Italian Renaissance and as such norhter humanism was also more religious. It focused less on God as a punisher and more on Him as a father or a forgiving and moral leader. A renewed belief of the New Testament God bolstered by Luther's Three Solas led to Calvin's idea of predestination. Predestination was the belief that only a few, chosen at birth by God, would go to heaven and there is no way of knowing who was and was not chosen. This directly worked against catholic doctrine and the catholic church. Catholic doctrine states that humans were made in God's image and likeness which is why humanity was granted free will. To say that people are pre-destined or fated to do anything works in direct contrast with that idea. It also works against the church. Unlike Calvin and Luther most of the European population were not swept up in the new theological ideas of the Northern Renaissance, so they still believed that salvation had to be earned through their own good deeds. The church made a lot of profit selling indulgences, granting absolutions, establishing shrines, and encouraging people to take pilgrimages. If the masses started to believe in predestination then they would stop their "good deeds" to try to get in to heaven. Predestination made Calvinsim a threat to the Catholic church. Naturally that leads to the persecution of Calvinists.

Calvinism in the 16th century and Calvinsim in the 21st century are different. Calvinsim back then was an actual denomination of Christianity with followers and churches. Now it refers to a denomination that branched off from the original movement. Calvinism was born right as the New World was being discovered. Calvinists were being persecuted as ships started to set sail for the Americas and people were paid very well to become settlers. Most Calvinists fled mainland Europe to the Americas and found that they were some of the first settlers there. They would earn the nickname Puritan for their lifestyle and would deeply, deeply, influence modern American culture.