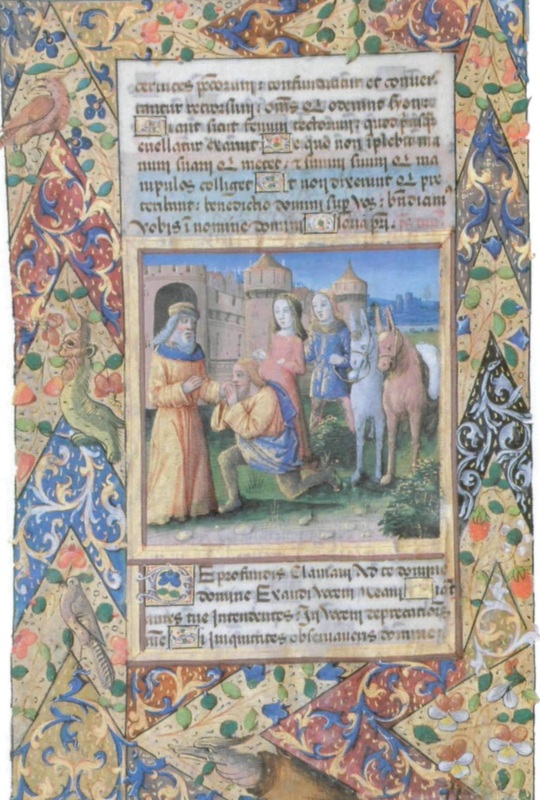 This is an image by Jean Colombe showing a marriage proposal

In the Medieval world, gender was a significant determining factor in what individuals could or could not achieve in life. In simple terms, the society was very patriarchal with men controlling the majority of land, economic ventures, and religious establishments. There seemed to be a lack of space for women in any of those areas, so women often were forced into the back seat and not to be too proud as a part of ventures that were male dominated. However, in this exhibit we will look at how the patriarchy retained power, but will also examine the lesser known positive influence women held at various points in Medieval times. 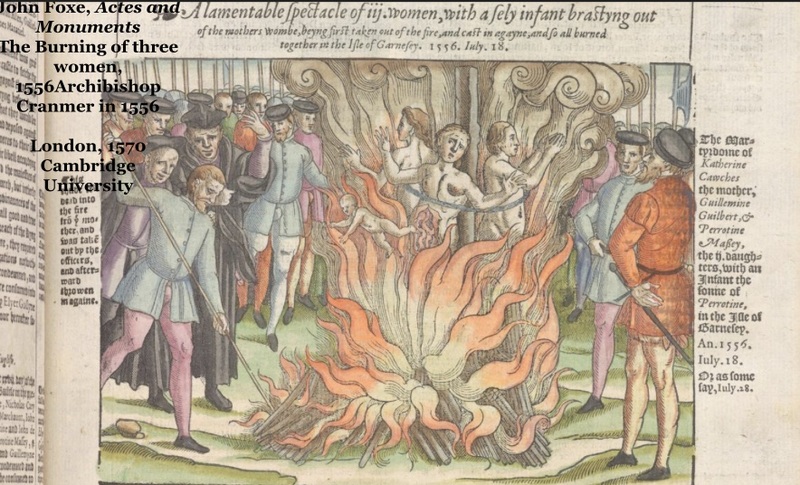 The Burning of Three Women

Women as Subordinates to Men

Choices that had to be with women were very often automatically decided by the men in their lives. In the image on the left, a man is proposing marriage directly to a woman’s father. This seems odd today because marriage is a bind entered by just a man and woman, yet, during this era, the idea of marriage was seen as being best chosen by a woman’s father. If he approved and she did not, the marriage would still occur. If a daughter found a man she desired to wed, but the father did not approve, the wedding would not happen. In addition, when women contested marriages or sought to legally exit a relationship, her word was rarely given the weight of merit that a man’s was. In a passage by Jeremy Goldberg, Agnes Graham’s story is shared. She was a widow and  was severely abused in more ways than one by a man who kidnapped her and forced her into marriage. She was not given the benefit of the doubt when she tried to seek justice for the pain inflicted on her. Women were not readily believed. Age of consent was also believed to be acceptable for a female when her reproductive organs were able to conceive a child. This is very frightening because that meant that 12 or 13 year olds could be able to marry, usually by coercion.

Women were also generally looked down upon by men for a variety of reasons. One reason was that their anatomy was given a misogynistic description. Since science, at this time, perpetuated a belief that there were four humors in the body and the levels of each contributed to how a person behaves, women were subjected to criticism because of their fluids. Specifically, their menstrual cycles. The blood that came from a menstrual cycle was thought to be “soulless” and made men uncomfortable. That fluid was tainted in some men’s minds and was not to be celebrated in any way.

Women did find moments and slim openings to access the lives men predominately lived. In one example, women were able to reach and contact renowned intellectuals via letters and influence their ideas sometimes. Women also managed to become advocates for various causes within the church and although their opinion was not valuable when it came from their lips, many were able to persuade their husbands to support those causes. Who knows how many laws were passed or funds were raised with women doing the heavy lifting behind the scenes?

Women frequently sought pilgrimage during the Medieval era. These pilgrimages led to women commonly having relationships with saints and miracles. In one reference to the tenth century miracles of Ste Foy at Conques from the article, “Women of the Pilgrimages,” a pregnant woman wanted to go to a shrine despite her husband not allowing her to. She went anyway and suffered labor pains at the shrine, so a saint intervened and helped calm the pains so that she could return home and deliver the child with her husband nearby. Women held a unique connection to saints during this time period which gave them a special loophole around the patriarchy since divine relationships were very important at this time and were not to be messed with. It truly gave women a narrative that was hard for men to dispute.

Women who were dedicated to Christianity and abided strictly by sacrifice were even seen as feminsit. This is because they used food as a means to subtly push back against the patriarchy. A woman was meant to be the preparer of food and the cook for the men in her life. If a woman decided to begin a holy starvation in order to support or raise awareness for a cause- usually religious- then, the men in her life likely suffered the consequences as well. In one article, this is likened to more modern scenarios where women refrained from eating in order to advocate for their rights.

The Medieval era for women was very oppressive in some instances such as seen in the lack of respect and trust in women’s decisions. Yet, in other moments, this era saw women attempting to find safe spaces to practice their faiths, express intellectual curiosity and endorse causes they felt were important.

Goldberg, Jeremy. “The Right to Choose: Women, Consent and Marriage in Late Medieval

Ramsey, Shawn D. “The Voices of Counsel: Women and Civic Rhetoric in the Middle Ages.”

“Understanding the Female Body: MISOGYNY AND SYMPATHY.” A Medieval Woman's